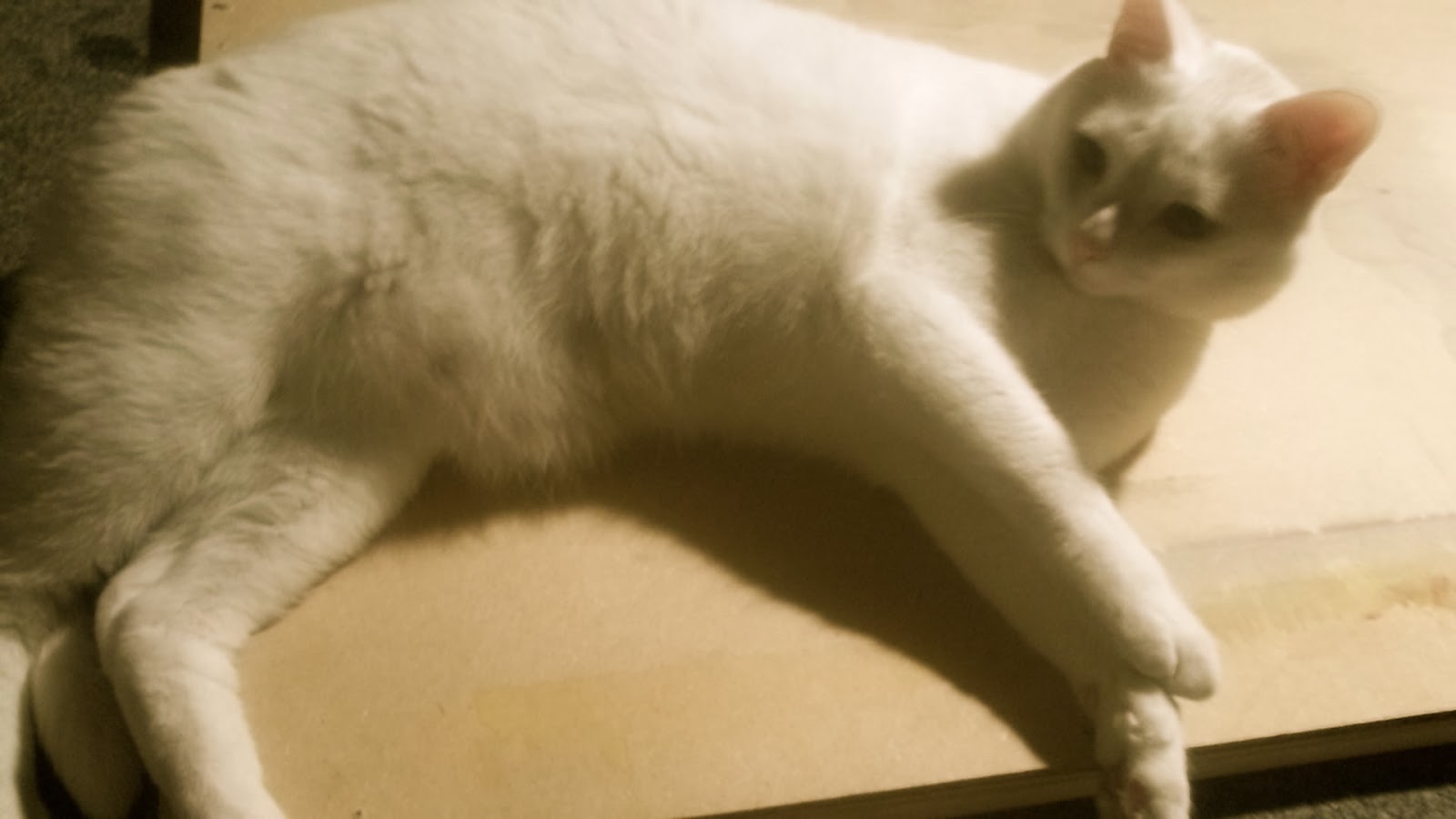 I've been a medium since I was six years old when my sweet little Sassy cat was accidentally hit by a car in front of my house.  I prayed for her to be okay and that she was just sleeping only to have my mother tell me immediately she was dead and there was no hope.  I spent that night crying and begging God to let me see her one more time.  My prayer was answered when I could see my Sassy as a ghost so she could be with me always.  Unfortunately, that opened up a portal for the dead to harangue a little girl into helping them complete their unfinished business.  Of course being the nice little thing I was, I agreed to help and proudly started to let loose with information about my family that no one was ever supposed to know. My parents were not the kind of people who beamed with pride because I knew where the bodies were buried.   My dead relatives used me to get some closure which is a hell of a lot to put on a six year old girl who just wanted to do tea parties with her teddy bears and Barbies.

Consequently, Mom and Dad withdrew emotionally because I was different and in those days you didn't try to understand your child - you just cast them aside if they disappointed you.  I got rejected by my classmates because I could see dead people and when they bullied me- I bullied back by embarrassing them with humiliating things that their dead relatives told me.  My marriage fell apart because I got bombarded by ghosts who knew I could help them and I had a hard time saying no.  I've lost way more than I've gained from this "gift."  There are times I just wish I could close my eyes or take a bath without some entity begging me for help.  Shit, I'd just like to be normal.  I'd like to work in an office, go to TGI Fridays with my friends and eat potato skins and chicken fingers - but that's not how my life has shaken out and there are times when it just sucks. 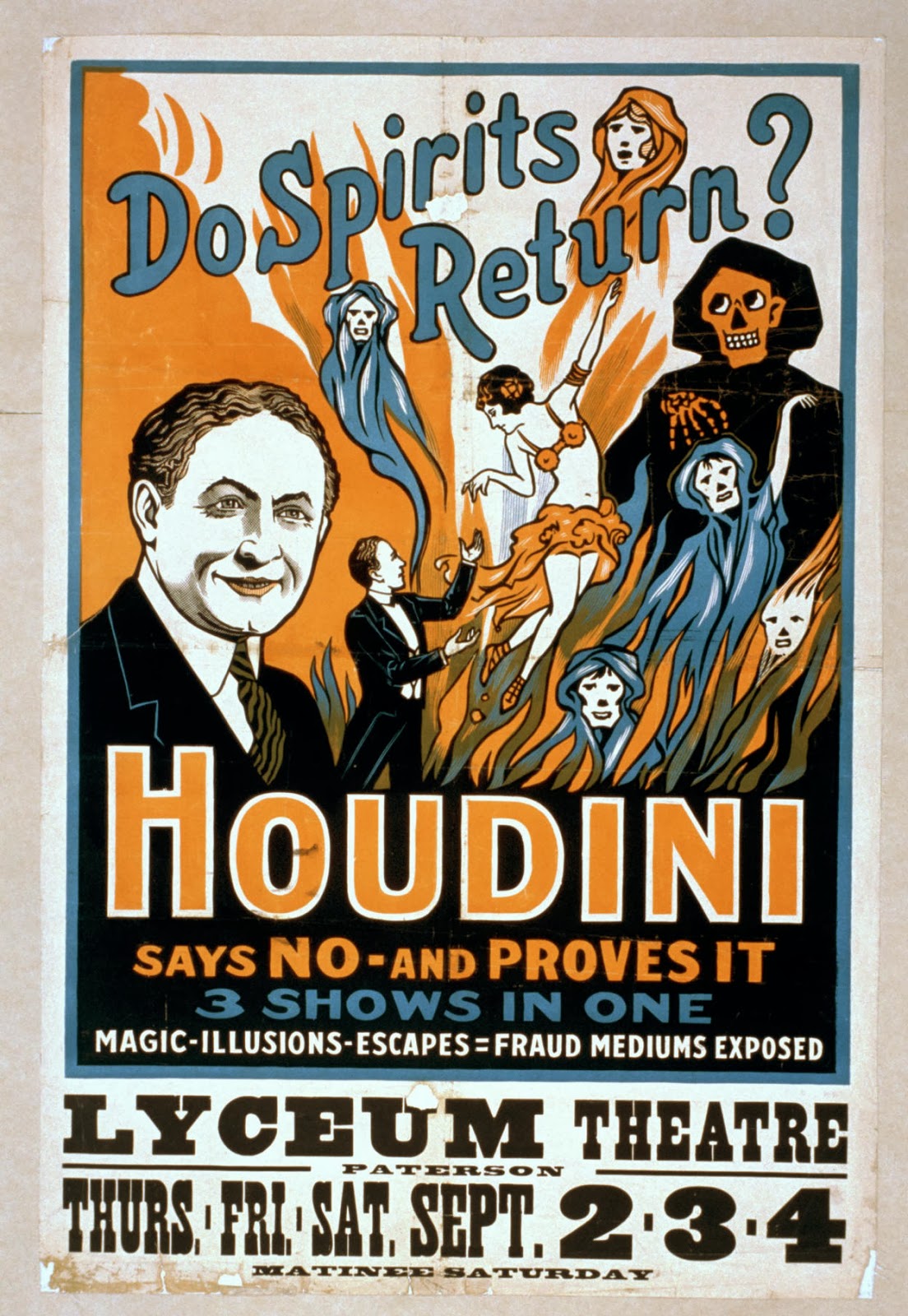 That's why I take so much exception to those that try to see that all we mediums do as fake - the debunkers.  Now, don't get me wrong - there are certainly hacks in this business just like any other business.  There are bad accountants, bad lawyers, bad physicians and bad politicians but not everyone in a given profession can be painted with a broad brush and that includes mediums.  Unfortunately for mediums, there is no group more fervent in their zeal to prove us wrong then magicians.  Blame it on Harry Houdini - the magician from the turn of last century whose mission it was to expose fraudulent psychics.  His misguided venom has fueled generations of magicians to expose us as tricksters because their insatiable egos make them think that they can follow in the footsteps of the Great Houdini.

I guess being able to deceive people on stage - misdirecting their attention gives these magicians the impression that they can spot a fraud when they see one - in fact I've had a debunker trying to take me down for years.  I'm used to it because in a weird way - I feel sorry for him.  He apparently was a failed magician (like the The Amazing Randy) who decided to spend his energy denying the existence of life after death, angels, God, miracles and whatever else seems beyond his comprehension.  He actually came for a personal reading back when I was doing readings to prove me wrong. He walked in and his aura was dark, angry and sad.   During the session, his grandmother came through but she was not the one he wanted to hear from - it was his dad.   So in his mind I was a fake,  even though I told him things I could not possibly have known (this was in the days before Facebook and Twitter) like how his mother had lied about his father's death.  He was still alive but very abusive back then which is why she left and lied to protect him.   For a few seconds he started to believe me but then logic got the better of him and he called me a hack and left without paying which was fine - I didn't want his money.  The problem with the debunkers is that no amount of evidence will ever satisfy them - none of the facts that your reveal that only one person could know, no childhood experiences that have never been uttered - none of that will ever make them believe in something so illogical.  Their minds are closed shut and they are not happy people.  Now don't take this as a swipe against atheists because I've met plenty of really wonderful and kind atheists - we agree to disagree and leave it at that.  But when I watch the Amazing Randy, he just seems to seethe with contempt for anyone who doesn't  possess the same intellectual capacity to be the skeptic he is.   We're all idiots because we see the world as full of all sorts of wonderful possibilities rather then logical and ordinary. 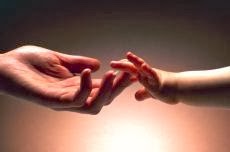 It must be sad to feel like you can't grasp the depth of the miraculous because it goes against your sense of reason. A baby taking their first breath is a miracle and holding the hand of a loved one as they take their last is a miracle - everything that happens in between is a gift - spending your life angry and pissed off is a terrible waste.  I guess that's why I have compassion for the debunkers now, because I was once that pissed off too.  I didn't want my fucking gift and to be told that you're full of shit and a fake because you have it can send you over the edge.  It did me. I started drinking to stop seeing ghosts, to dull the sound of them begging for help and to numb my pain.   If I had died at that point, I have no doubt that I would have come back as a ghost myself because  - goddammit - I would have been determined that someone believe in me.  Sometimes I see the irony that some of the ghosts I run into might have been skeptics when they were alive and are stuck because they can't believe that there is more to life than what we have here.  It's impossible for them to move onto something they simply could never fathom. 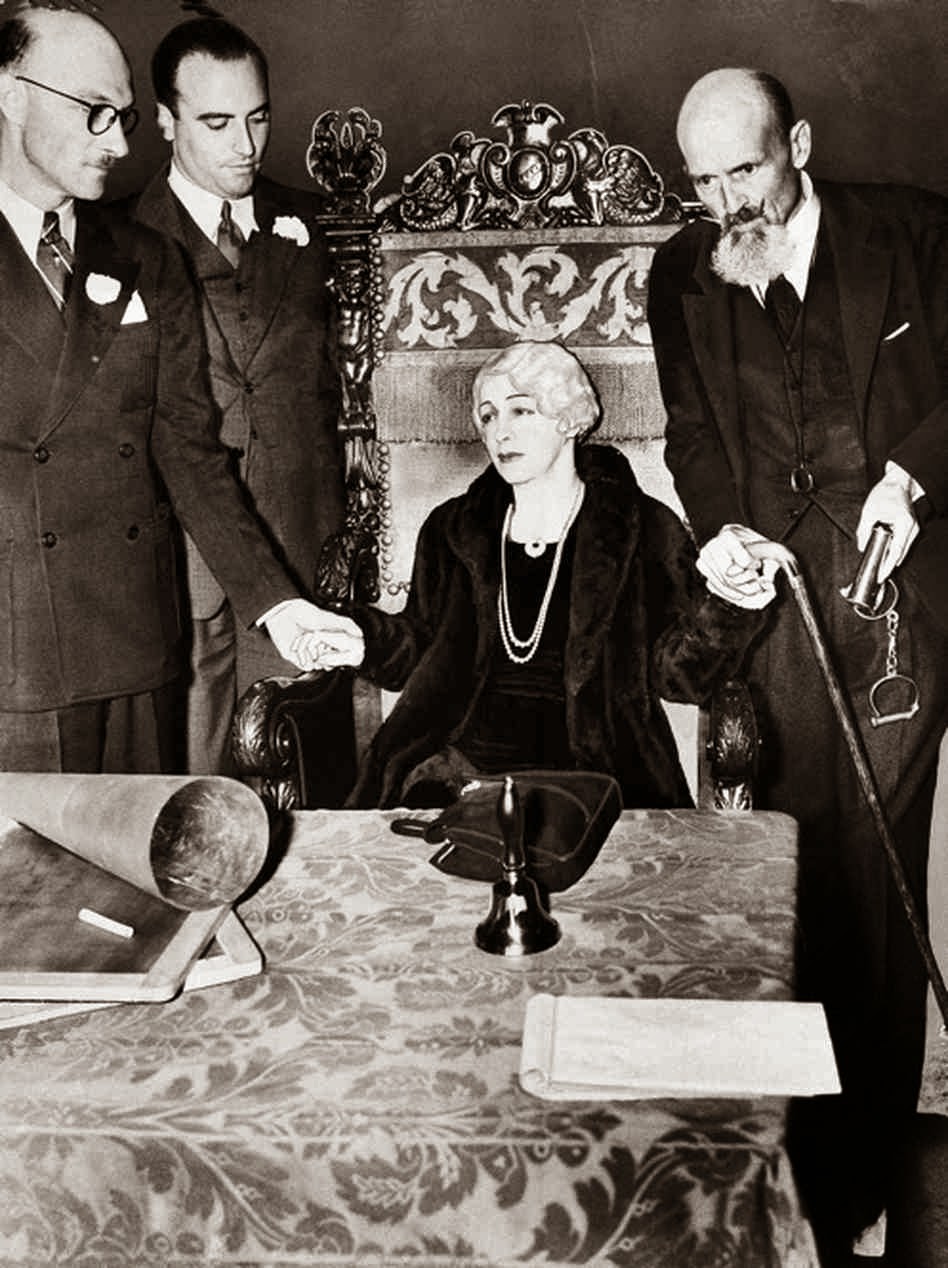 mediums - think about this - maybe good old Harry was at all those seances that his wife Bess held after his death in 1926 but his insatiable ego kept that prick from revealing himself.   Apparently a medium  named Arthur Ford got an message from Houdini in 1928,  which Bess verified as authentic based on the codes in the message.  She continued to hold seances to contact him for another eight years.   The last one was held in 1936 and broadcast on radio to a world wide audience but after an hour, nothing came through and Bess decided to "turn out the light" in her attempts to contact her dead husband.   Right after that last seance, a violent storm broke out with thunder and lightening which drenched everyone who was at the ceremony.  The participants later learned that the storm was no where else in the city, just above where the seance had taken place.  Of course you can explain it away as all sorts of weather phenomenon but the fact it happened at that exact time and place sounds like just the sort of grand finale an magician like Houdini would have ordered up from beyond.  It's amazing how those coincidences work out - it seems almost logical.

Sophia Gardeen is a nationally recognized medium who is currently working on the show Ghost Wanderers.  To learn more about the show, go to: http://ghostwanderers.com