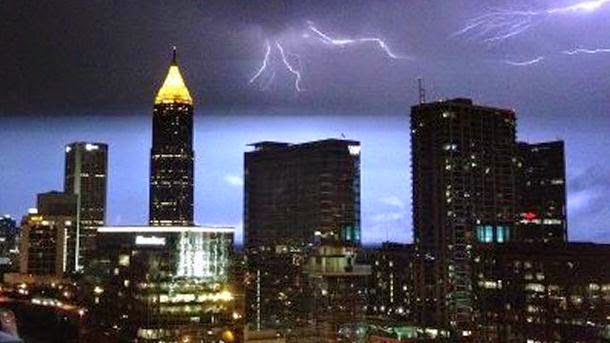 There was a torrential thunder storm outside when I left the attorney's office as a freshly divorced woman.  The weather outside mirrored my feelings on the inside.  My anger so electric it was within striking distance of anything that got too close.  My tear ducts were ready to overflow as I tried to contain myself enough to get into the elevator, down to the lobby, out to the covered garage and then to the safety of my car where I could sob with impunity.  I never wanted this divorce, I never wanted Jess to leave me and yet there we were, signing papers, splitting our married lives in half.  I got the house which has the extra bedroom for the child we were never able to have.   My fame as a medium made me lose sight of the only person that mattered - my husband.  I begged him not to do this - but he had a determined exhaustion which told me that his end of our relationship had burned out even if mine still burned bright.  We hugged briefly at the end and I left - saying nothing because any words that I let out would either be inaudible or a raging scream, there would be no in between.

As I stood at the elevators, I prayed that I would miss Jess' exit completely.  I didn't want to get in an elevator with him or anyone.  No one seemed to be around thankfully and the door finally opened just as a young woman shouted "Please hold it."   For a nano-second, I thought about shutting the door but then relented hoping this woman did not want to chat the entire 23 floors down.   She was a woman in her mid-thirties, holding a small filing box with a plant sticking out.  Her hair was a long chestnut brown that was pulled back in a tight pony tail and her black suit had traces of dust all over it. 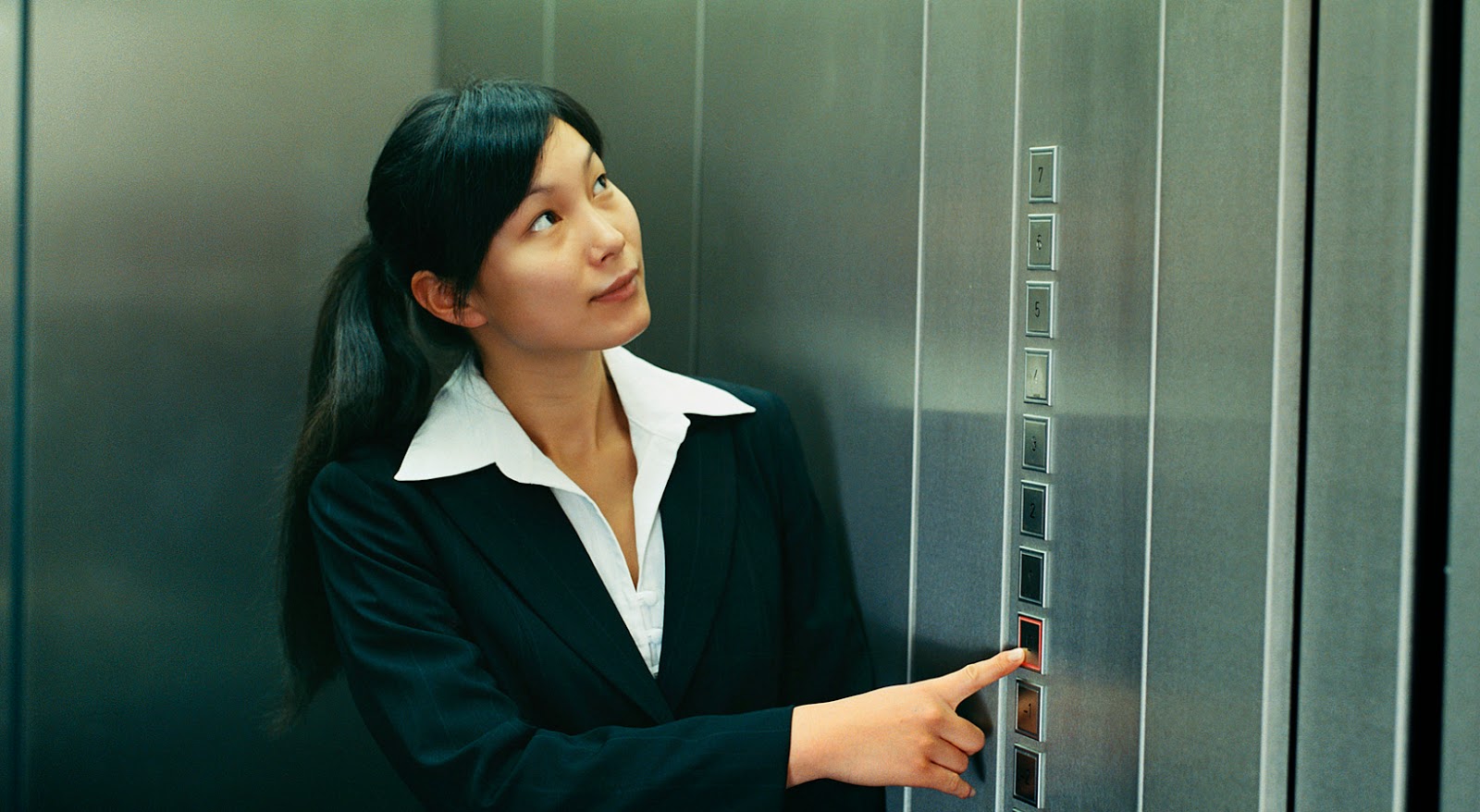 "Thank you for holding the elevator, it's been a day," she said.  "You don't know the half if it," I thought. I mustered up some small talk hoping to take my mind off my own troubles.  "That's a nice plant."  It seemed like an innocent enough comment until the woman started to cry.  Fucking A, does this building do nothing but bring misery?   "I'm sorry, I got laid off today after five years.  I gave that place 90 hour weeks doing stupid galas and special fucking events, winning awards and in the end I get - "Thanks, you've done amazing things and now that we know how you do it, we can have your assistant do it for less.   Here's a plant and two weeks severance - have a nice fucking life!"

I stood there awkwardly, my own trauma still fresh but at least I was with someone who could cuss with abandon - that I could relate to.  "That sucks, I'm sorry," I said looking at my shoes trying not to make eye contact.   The woman wiped her tears and then tried to get a better look.  "Hey, you look really familiar."  I prayed she wouldn't know who I was, the spirits had been quiet or maybe I just didn't want to see them which was nice for a change - they had cost me enough especially today. "You're a psychic - I've seen you on Montel."  Being called a psychic always makes me wince and I gently corrected her.  "Actually, I'm a medium, I talk to the dead but I cannot predict the future which is what most people think a psychic can do."  The woman smiled and said, "That would make sense otherwise you would have known better then to get on an elevator with a hot mess like me."  "You're fine and it seems like we've both had a shitty day, I'm Sophia by the way."  "I'm Kyla and usually I'm not like this - but getting fired will throw anyone off their game."

Just then thunder roared through the building, the lights on the elevator flickered, then went out and then the elevator screeched to a halt.  A few seconds later, the emergency lights came on but we were stopped between floors.   "Shit, this day just keeps getting better and better," Kyla exclaimed as she realized we weren't going anywhere.   When the lights came back on - I noticed that an older male spirit was standing behind her - literally trying to keep her propped up.   Goddammit, I thought, I was not in a mood to talk to anyone living or dead.   "It's probably temporary, once they get the power up and running, we should be good to go,"  I commented trying reassure myself as much as her.   The man smiled, he had wavy white hair, a goatee, he was wearing khakis, a polo shirt and a Members Only navy blue jacket.   "I'm Frank, by the way - just wanted to introduce myself," said the ghost.   I nodded hoping that acknowledging him would end our conversation but those subtle gestures rarely did.  "My daughter Kyla is having a tough time- they used her and then threw her out.  She worked her way up in that place and for them to push her aside - I mean Jesus H. Christ you'd think an organization that helps abused kids would be nicer when then let people go."   "I know," I replied to Frank, "it sucks when people abuse your trust.  It makes you want to stop even trying to do the right thing."  "I know, right?" Kyla replied thinking I was talking to her. 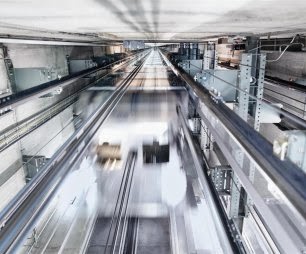 "Hello, is everyone alright?" a voice from the elevator speaker asked.  "We're fine," I replied, "how long will it be before the elevator is working again?"  "Well, some water got into the machine room and caused a few short circuits, we have emergency generators but I'd rather wait until we're running on regular power to get you out for safety reasons.  How many people are in your car?", the voice asked hoping it was just me.   "There is one other person here - how long will it be?"  I asked again.   "We're working as fast as we can - it's been a day," the voice said before it cut off.

"Unfucking believable," both Kyla and I said at the same time.   I was admiring her ability to spew obscenity more and more.   We looked at each other and laughed - at least we were on the same page.  "Hey, one advantage of cleaning out my desk is that I have snacks, bottled water and chocolate so we can snack if we're hungry," Kyla explained.  "Looks like I got stuck with the right person," I quipped.  "Apparently I wasn't.  I'm sorry it's just that I've had this happen before - I'm a good person - I know I do good work and then shit like this happens - it's like I can't win.   I should go to work for some heartless corporation where I don't care as much and then if I get canned - it's not like I'd be emotionally invested.   These people treated me like they were my friends and then turn around stab me in the back?   Well fuck being good and helping humanity- I'm going for the money this time."  Kyla's face was flushed with anger and I knew how she felt - I had wanted to give up on being a medium so many times.  Her green eyes started to get red and well up again.   Frank tried to put his arm around her but she couldn't feel it or maybe she was so pissed off she couldn't feel anything but disgust.  "I just don't know what I believe anymore.  What really kills me is that I probably won't be able to see the kids I've gotten to know anymore.  That's what really hurts."

I stood there - trying to think of something to say.  I felt like I was looking at myself before I went into the lawyer's office this morning- cursing Oprah because I had followed my path and what did it get me?  A broken marriage, a career and fame I wasn't sure I wanted anymore.   The ungrateful dead had managed to ruin everything - my childhood and my adult life because I couldn't turn it off - couldn't put myself and my needs first.   Frank kept on trying to assure her - saying "Hey Punky Head, you'll do fine - it's a set back - that's all - you're my girl - you get up and you kick ass because that's what you've always done - I'm proud of you."   I looked at her trying to see if anything he was saying was getting through but she didn't seem to be getting it.

"Please," he asked me, "Please let her know I'm here - you're the only one who can do it."
"I'd rather not, Frank- " I blurted out before I realized that I was speaking out loud.
"What?  Frank was my dad's name -" Kyla said as she looked at me and then over her shoulder.  "Wait is he here?"
"Please!" Frank pleaded.
"Yes, he's here Punky Head," I said chuckling because the nickname struck me as funny.
"Oh my God - it's him?  I mean I always wondered if you people were for real, but there is no way you could have known that -" she remarked now looking at me differently.
"Well, that's what I do," I said wearily, "and like you - I'm tired of being fucked up the ass by my gift so maybe that's why we're both here - stuck between floors hoping something will change."

"Holy shit, you girls have filthy mouths," said Frank who failed to see the irony. "Please reassure her - things will get better - you both can't just walk away from what you do.  My daughter helps people and you help people and whether you like it or not - it's who you are.   Tell her it's like that time when she did the toy drive for that little boy Dominic and his mother who had AIDs, it was their last Christmas together and without Kyla they wouldn't have had toys or food."  "Oh for Christ sake, Frank, okay," I muttered and then turned to Kyla.  "He says you can't give up - think about what you did for Dominic and his mom during the holidays - it mattered, what we do matters," my voice trailed off and for the first time that day, I allowed myself to cry.   Kyla walked over to me and gave me a hug.   I'm not much of a hugger, but this time I just let it happen and hugged back.  I cried, she cried and we didn't say a word.  I looked up, saw Frank and mouthed "Thank you."  Frank smiled and faded out.

The full power came back on and we could hear the cab of the elevator start to move down to the lobby.  We separated from our hug and smiled awkwardly.   Kyla reached into her box and pulled out a bottle of water, some Kleenex and a Hershey's Dark Chocolate and handed it to me. 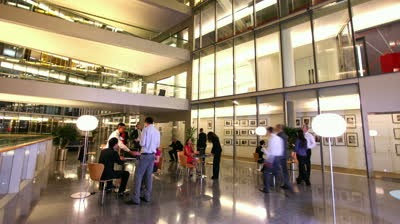 The elevator finally reached the ground floor where we were met by a very nervous building manager who apologized profusely.   I didn't really care at this point, I just wanted to go home.  Kyla took it in stride and smiled - I guess because she didn't feel so alone anymore.   "Hey," she said, "you want to grab a bite?"  Now, normally, I would have said no, but then I saw Jess walking over to us and said, "Sure Kyla, I'd love to grab a bite with you, my treat.  Let's just find a place with a bar."  "Hell yeah!" exclaimed Kyla laughing.  I walked past Jess, waved and smiled.  It had finally stopped raining.

"So, how did my dad look?" Kyla asked as we walked into a nearby bistro.   "He looked like a really nice guy," I said.


Sophia Gardeen is a nationally recognized medium who is currently working on Ghost Wanderers for the Supernatural Channel. www.ghostwanderers.com  She also makes one hell of a good blond brownie!